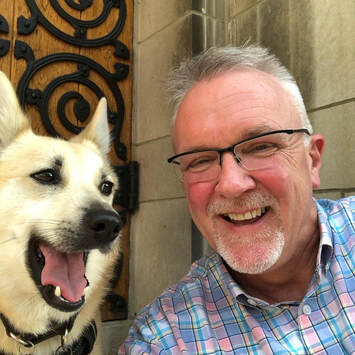 Education:
Doctor of Musical Arts | 2001 | The Southern Baptist Theological Seminary, Louisville, KY Master of Sacred Music | 1989 | Mercer University, Atlanta, GA Bachelor of Music | 1987 | Cincinnati Bible College, Cincinnati, OH
What Members of the Search Committee are Saying:
Jeff Ruff:
Jeff Jones is a deeply spiritual Christian leader, and a highly-talented musician. His musical direction is engaging and filled with creative and knowledgeable approaches to teaching and shaping choral performances.  His training and experience enables him to bring a wealth of versatility to a wide range of musical literature and styles. Worshippers should expect organ performances and choral anthems from a variety of musical periods and spiritual traditions.

Jaci Runco:
During [our] process, one candidate in-particular, Jeff Jones, stood out as having not only the proper experience, talent, and skills, but also the character and disposition that would fit in well at FPC Greensburg.  More recently, we were given the opportunity to meet with him in person.  During that experience, it became clear to me that he was not only called to us, but also us to him.  I believe that he could easily step in and not only manage the program as-is, but also be up to the task of developing and growing the program going forward.  FPC has a long history of serving not only our congregation but also our local community by providing a high-quality music program.  I believe Jeff Jones would continue, and also upgrade and refresh those traditions.

Dr. Jerry Lowry:
The search process for our new Minister of Music has been a rewarding experience for me. I wondered as we moved through this process, “How were we going to be able to choose the right person, from a group of such capable and gifted candidates?” After meeting Jeffrey Jones and spending the better part of a day in his presence, it became clear to me (through the Spirit’s guidance) that God had led Jeff, to us.  Our first impression of Jeff via a phone interview was very positive. His education, Music Minister experience and references are all exemplary, as well as online recitals and performances the search committee reviewed. However, when I had the pleasure of meeting our candidate in person and to see him in action, my enthusiasm was multiplied! I enjoyed his artistic, interpretive capability at the organ and his exuberant piano playing. More importantly to me, as a choir member, his ability to teach and encourage singers and ringers and to lead the congregation in purposeful, musical praise to God is nothing short of inspirational.
Scott Sucke:
As a part of the committee to call a new Minister of Music, it quickly became apparent that one must consider all aspects of the individual applicants, not just their musical ability or proficiency.  Jeff immediately stood out to me in his first interview not by something which was rooted in his musical proficiency but instead, was rooted in his character.  Jeff brings to the congregation a deep humility and a mature understanding of the faith.  He also exhibits a sincere compassion and an appreciation for mission.  All of these attributes lend themselves to the definition of ‘minister’.  For these reasons, and in addition to many others, I feel hiring Jeff as our new Minister of Music will be beneficial to the entire ministry of our church.
​
What Others Have Said About Jeff Jones:
Jeff is an easy collaborator, respectful, passionate, an obvious nurturer of people. Gentle, kind and thoughtful, yet no shrinking violet. He expresses his thoughts and opinions and adapts easily when needed. Organized and prepared, he is very good at surrounding himself with people who are committed to a goal and setting a direction, then letting people do their work.
-Marlon Hurst, Former President of Presbyterian Association of Musicians

Jeff is as talented as he was gracious, a pleasure to work with. He was at a program where he had a children’s choir he saw at least 3 times a week. It is hard to find a person who is simultaneously a good fit and will work at making things better each day.
-Jason Brown, Minister of Music and Art, First Presbyterian, Richmond, VA

I have found Jeff to be authentic, humble, and gifted as a musician and as a person. Jeff related incredibly well to the choir at Grace Covenant. He showed sensitivity towards those who needed help or encouragement. I would hire him in a minute if I had the chance again.
-Rev. Dr. Mark Ramsey, former Pastor / Head of Staff GCPC, Asheville, NC